When we were researching our trip my wife came across this photograph and wanted to go there, wherever that was. 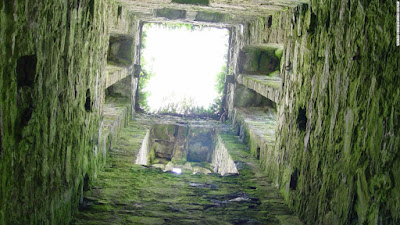 It took a little searching to find where it was, first on a map and then actually on the ground. It turns out that is between Conor Pass and where we were spending the night.

Until we got there. Then we couldn't find it as it isn't on the road. It's up a little path with a small sign at the road.

As we walked up there we encountered an old man working in the cemetery. He told us the story. According to him it's one of the only cemeteries in Ireland where both Catholics and Protestants are buried. Of course they're buried on opposite ends.

When we were leaving Cloghane we spoke to another local who told us the tale of a WW II German fighter crashing nearby. The engine is still revered as a trophy.

Stop and talk to the locals. Don't miss this place. 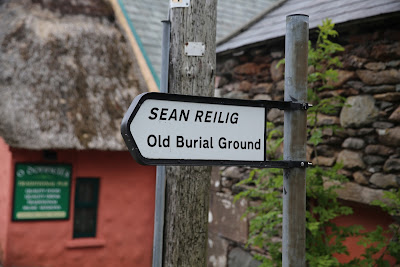