The Cape Bear lighthouse sits on a high bank on the southeastern point of Prince Edward Island.

The oldest lighthouse on PEI, it was built in 1846. 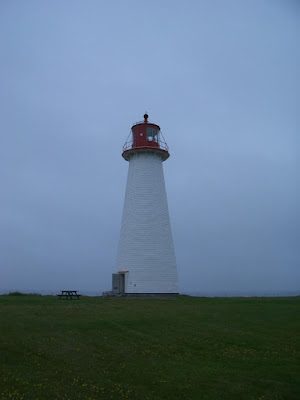 The Seacow Head lighthouse is one of the oldest wood frame towers standing in the Maritimes. On a clear day, you can see the Confederation Bridge from here. 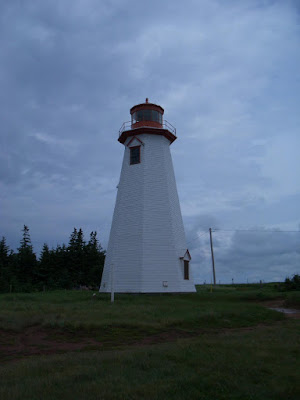 When I was visiting Hanforth Dean for work, I took a day off and trained into London to see my friends who lived there. I drove down to Macclesfield and caught the express train.

There are 108 steps between the town hall and the railway station. You can see where they are on this map. Here's Microsoft Live's Bird's eye view.

As I drove along the Macclesfield Road, I saw a sign saying "TO THE EDGE." I had no idea what "the Edge" was so I pulled over and walked down the path.

The Edge is a sandstone rock over 300 feet high. The view was awesome. Some say you can see all the way to Manchester. You can certainly see most of Cheshire County.

I took some pictures and went on. I still didn't know what I had stumbled upon.

When I returned and began documenting my pictures, I researched "the Edge." The legend is that there is a cave in which King Arthur and his knights lie sleeping.

The legend goes on that on the face of the Edge is written:


Drink of this and take thy fill, for the water falls by the wizard's will. 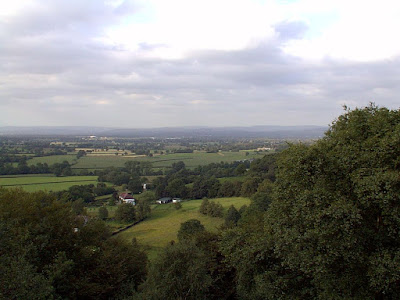