Our last stop in Ireland was Dublin. We stayed at our favorite hotel, the Jurys Inn Christchurch. You can look out your window directly onto Christ Church Cathedral. The view seems less special when the bells begin ringing.

The Jurys Inn is just around the corner from Temple Bar. We took the long way to Temple Bar and went by Dublin Castle and Ha'penny Bridge.

When it started raining we ducked into the Hard Rock for ice cream.

We were getting hungry and we came across The Old Storehouse with live Irish music. When the musicians asked where people were from we replied that we were from Memphis. They immediately broke into "From Galway to Graceland."


That was the perfect end to our Ireland vacation. 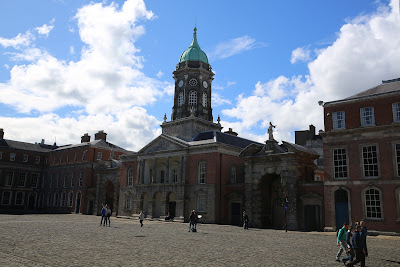 On the drive from the Shores Country House to Dublin we needed a lunch stop. As we whizzed along the M7 (on the wrong side of the road) we came across this road sign. 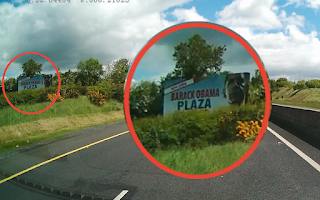 Well, that was our MUST stop. 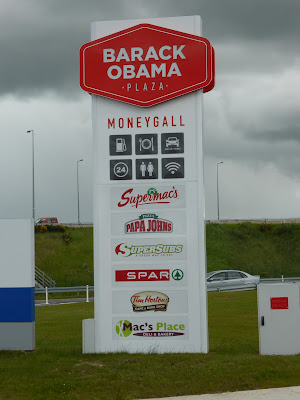 After we arrived at Shores Country House and got settled in we started thinking about dinner.

In 2007 we went to Tomasin's in Stradbally for dinner. This visit Annette advised us that it had changed ownership and she had gotten mixed reviews. She gave us two alternatives in the village of Castlegregory that was about 2.5 miles away.

Castlegregory is a quaint village on a tiny peninsula. The roads are like a maze and of course there are no road signs.

We finally stopped an old man and asked him where the restaurants were that Annette had recommended.

It turned out one was right in front of us. But as he old man explained that to us he opined that he wouldn't go to either of those two places. Of course we had to ask him what he recommended.

He recommended Spillane's at the very end of the peninsula. The food and service was great and afterwards our granddaughter walked across the parking lot to the shore and played in the sand and surf. While you're on the Dingle peninsula, be sure to try the locally brewed Crean's beer. 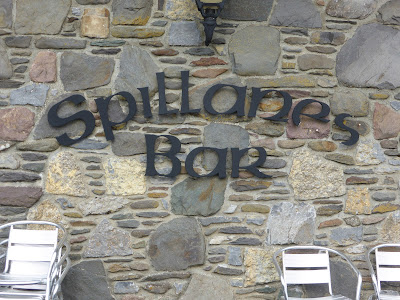 We had visited Shores Country House in 2007 and it was the one place that my son-in-law wanted to visit again, even above his family home place.

Shores Country House was incredible as before. Now it has free Wi-Fi but its speed was modest. Even the hostess Annette complained. But consider where you are. Get out and walk around.

Room 3 has a queen bed. Room 4 has a queen and a twin. Annette asked for our breakfast order before bedtime so she would be sure to have what we requested. Breakfast was served from 8:30 to 9:45 in the dining room. For our group of 5 the meals came out one at a time as Annette was preparing them individually. Wonderful food.

It is one of those places where you're worried that your suitcase is going to scratch the doors or furniture. Every piece is an antique.

Shores Country House doesn't take credit cards so be prepared with euros. The prices are very reasonable, the least expensive of our entire trip. 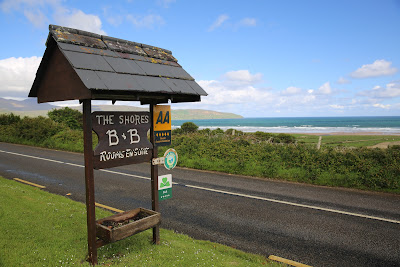