Blarney Castle is just outside Cork. Everybody has heard the story of kissing the Blarney Stone. While most of our crowd kissed it, I passed on the opportunity choosing to take the pictures instead.


Another tradition holds that, in gratitude for Irish support at the battle of Bannockburn (1314), Robert the Bruce gave a portion of the stone to Cormac McCarthy, king of Munster. Installed at McCarthy's stronghold, Blarney Castle, it became the Blarney Stone.

The wikipedia article is here and their web site is here. 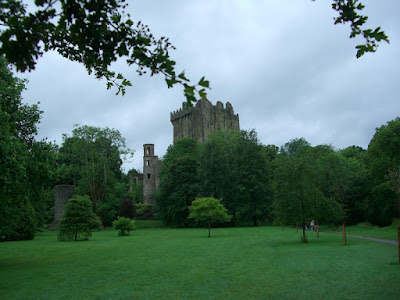