At the far East end of Long Island is the magnificent Montauk Point Lighthouse. It's the fourth oldest active lighthouse in the United States and the oldest lighthouse in New York.

History is all around the lighthouse. Captain Kidd supposedly buried treasure nearby. The slave crew of Amistad saw the lighthouse and came ashore. Just a stone's throw away is Camp Hero, supposed home of the Montauk Project. 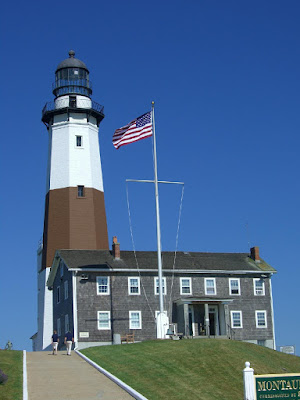